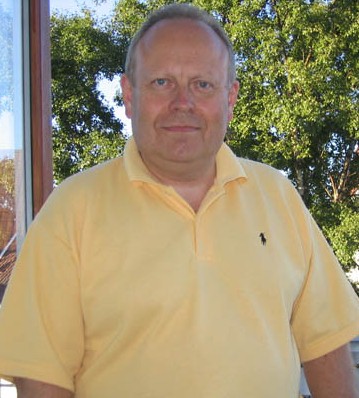 I am born in 1958, male, in a relationship with Ingrid, no kids, and I live in Stavanger, Norway. I lived the first 19 years of my life in Egersund, on the southwestern coast of Norway.

I am a Civil Engineer and work with pipeline technology. Presently, I work for Statoil in Stavanger, Norway in a position as advisor within pipeline design.

In 1983, I graduated from the University of Trondheim - The Norwegian Institute of Technology (NTH, today NTNU), with a M.Sc. degree in soil mechanics and foundation engineering. I have formerly worked for NTH, NGI (Norwegian Geotechnical Institute), Sokndal Municipality, Kværner (now part of Aker Solutions) and JP Kenny.

My main hobby is stamp collecting, where I specialize in Scouts on stamps. I have collected stamps for more than 30 years. There are no Scout stamp clubs in Norway, but I am member of several foreign clubs. I am also fellow of the Royal Philatelic Society London (RPSL), and I am their overseas representative for Norway. I was director of the Federation of Norwegian Philatelists 1997-2003. I also serve as juror at all levels of stamp exhibitions, and I was accredited as FIP Juror for Thematic Philately in 2010. The Stavanger area has several stamp collectors clubs, among them Stavanger Philatelic Society, of which I was President 1996-1999.

Please note that I don't keep the stamps in my house,
so there is no reason to break in for stealing my stamps!

This page is designed by Hallvard Slettebø. Please take a look at my homepage.
Please e-maiI me with questions, comments and suggestions for improvement: hallvard@slettebo.no
Text and Web Layout - Copyright © 1997-2012 Hallvard Slettebø.